You have cordially been invited to an Open Table Lodge at your friend’s Masonic Lodge. Okaaaaaayyy…. what the heck does that mean?

A Table Lodge is a ceremonial Masonic dinner passed down through the ages. The “open” designation means that the dinner has been made open to the public so that spouses, family members and friends can watch and take part in a bit of Masonic ceremony, which is a rare occasion indeed.

Back when Table Lodges were first introduced, many members of the lodge were currently or had previously been serving in the military. Because of this, military words and phrases are used to describe different objects and actions during the ceremony. Instead of simply pouring wine into a glass, the person is “charging the cannon” and after giving a ceremonial toast to the group, a person “takes fire” by drinking the wine from their “cannon” or glass. There is also clapping to emulate the sound of cannon fire.

Basically – an open table lodge is a great opportunity for Brothers to share a delicious meal and some historical Masonic ceremony with other members and their families.

Previous Table Lodges at LaFayette Lodge (like the one pictured below) have been a great success and have been very well attended, so if you get the opportunity to attend an Open Table Lodge, either at our Lodge or at another one, say yes! And prepare to charge your cannon! 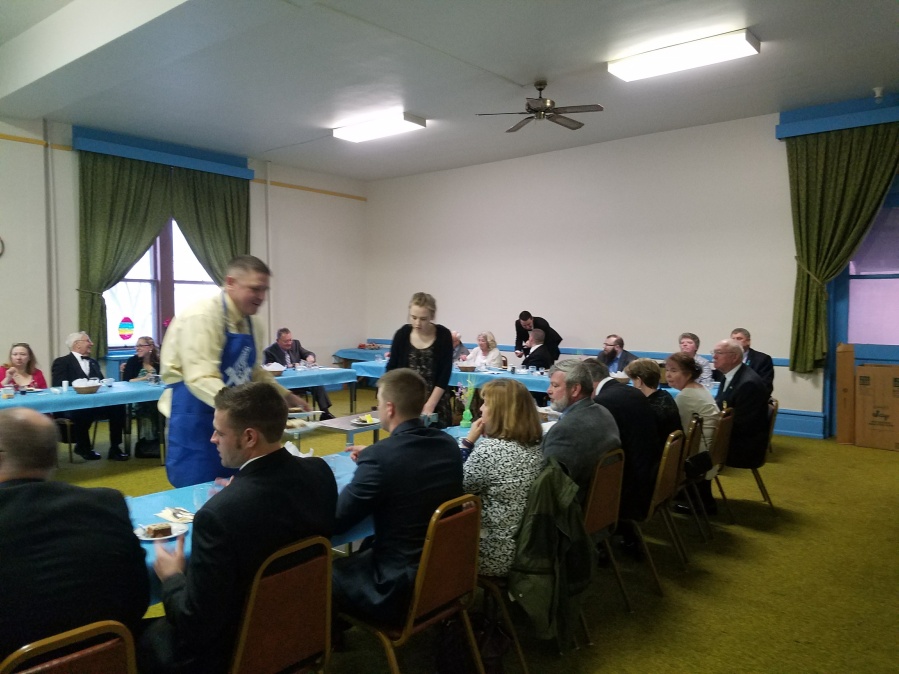 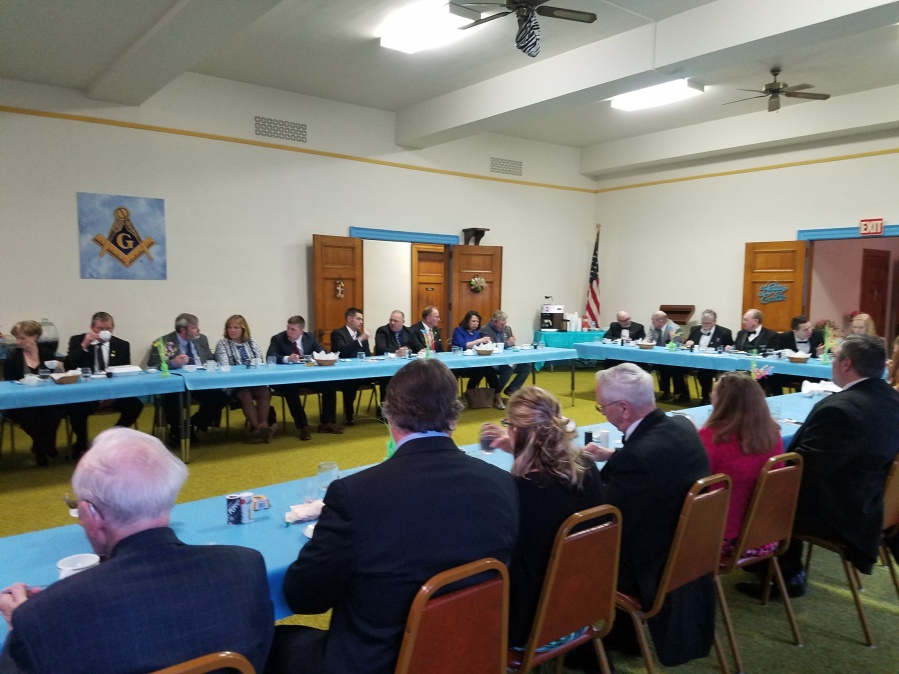 Dinners are normally held immediately prior to the meetings (approx 6:15pm) and are open to family members.

Menus are announced in the monthly notices, and RSVP’s to the WM are required.